Thirty year old Iryna Zirukina is a mother, a makeup lover and web developer for lifestyle tech company, Keyflow. When we first met, it felt difficult to put the pieces together because she is definitely not the type of person you will think of as working in a startup. Armed with knowledge of Javascript, C and C++ at the age of nineteen, Iryna shared with me her experiences about motherhood, coding and life.

“Where I come from [at Belarus], there is an old joke about female engineers being liken to guinea pigs, just like it is not a guinea nor a pig, female engineers are neither truly female nor engineers,” she laughed. Clearly the joke is on them now since Iryna has successfully proven many people wrong with her career path. It felt like an accident when she chose Computer Science as her field of study but her family-who brought Iryna her first computer when she was fifteen- encouraged her to pursue it nonetheless.

“In the past, you may just have a static webpage showing information but now, websites are so interactive, you can do so much with it and it is all about the logic, the thought process behind them are way more complex, for example-” she whipped out her smartphone excitedly and started explaining passionately about web development.

Ten minutes of technical talk later as if catching some confusion on my face, Iryna apologised. “I am getting carried away talking about work as usual. It is so hard to separate this sometimes, it is almost like my baby.” I laughed, it was impossible to blame her for that. I asked her about her own three year old daughter and if she is enjoying motherhood.

“Being a mum gives you the best lessons about time management because you realise how precious your time is during the brief moments the child is asleep.”

Watching Iryna speak about her family and Keyflow, it feels like she really got work and life balanced out well and I was curious, was it always like that? Of course not. Nothing comes easy and she explained to me how just a few years ago when she moved to Sweden in 2011, every day felt like a struggle.

“I never thought of myself as a good developer. It was always my husband who got work at the big companies first Klarna then Spotify… In fact I thought maybe I was slightly worse than average. I remembered doubting my abilities the most when I was applying for jobs after moving here [to Stockholm]. I was trying really hard…I was also learning Swedish, trying to integrate into the culture and I was reading books about self-improvement, trying to be more likeable.”

Everything changed when she got a phone call from her previous company stating that Google was looking to hire in-house web developers from them to be relocated at Mountain View, California. Iryna was among the few candidates selected and subsequently offered a job from Google. This gave her the validation for her work and ever since then, she knew her development skills meant something to someone.

Today, Iryna feels like she is moving in a positive direction in life. She has faith in the growing startup communities here in Sweden and in particular, the ability of mobile apps to change and shape people’s lives. I asked her if she had any parting words of wisdom and she replied that she wished that as a female engineer, she could have been less self-conscious in the past.

“Perhaps it is because I have grown over the years and became more aware of what I can contribute but its always good to have more confidence in your own work.” 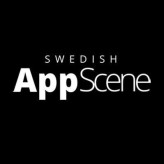